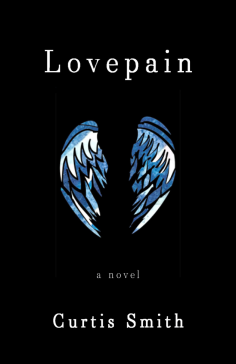 Although Lovepain is by no means a suspense novel, Curtis Smith proves throughout to be a master of the suspended moment and a connoisseur of unresolved tension. The novel centers on a cuckold named Eli whose precocious young son, Mark, is as obsessed with birds as he is the disappearance of his mother. Eli, meanwhile, struggles to right the wrongs of the world by day in his capacity as a social worker and by night as the assistant director of the parish Christmas pageant, a role, like so many others in his life, he appears to have stumbled into by default. Complicating matters, a lynx has escaped from the local zoo, and one of Eli’s clients has found herself pregnant with the child of a small-time drug dealer.

Given the relative brevity of the novel (146 pages) in relation to the number of story elements, it isn’t surprising that Smith spikes the narrative with plot twists at fairly short intervals. As a veteran storyteller, however, he has the patience and wisdom to let each twist hang for a while — and often a very long while — before returning to it and eventually resolving it. When Eli spots a car accident on the side of the road in the opening pages of the novel, for example, something terrible is clearly afoot, but it isn’t until some pages later that the true nature of the unfolding tragedy becomes apparent. No spoilers here, but it has little to do with the car-wreck per se.

All told, Lovepain is an emotionally mature novel by a seasoned author with the good sense to let information sink in before letting the reader move on. The result is a haunting novel that explores the all-too-human desire to make the world right even as it crumbles around us.