Randall Brown is the author of Mad to Live, a collection that sold out in a month and was reprinted by PS Books as a Deluxe Edition. His work appears in The Rose Metal Press Field Guide to Writing Flash Fiction, The Norton Anthology of Hint Fiction, Grey House’s Critical Insights: American Short Story & Critical Insights: Flash Fiction and The Norton Anthology of Microfiction. Recent publications include I Might Never Learn (Finishing Line Press, 2018) and “How Long is Forever” (Running Wild Press, 2018). He has been published and anthologized widely, both online and in print, in places such as American Short Fiction, Mississippi Review, Cream City Review, Harpur Palate, and Chicago Quarterly Review. He is the founder and managing editor of FlashFiction.Net, Matter Press, and The Journal of Compressed Creative Arts. He received his MFA from Vermont College and recently retired from Rosemont College’s MFA in Creative Writing Program, a tenure that included a three-year stint as the program’s director.

Curtis Smith: Congratulations on I Might Never Learn. I’m always interested in a book’s journey, especially in the indie press world. How did you end up with Finishing Line Press? How was the experience?

Randall Brown: A submission to their yearly chapbook contest led to an invitation to publish with them. They’ve been easy and wonderful to work with. Shout out to Leah Maines, Mimi David, Jacqueline Steelman, and Christen Kincaid.

CS: You’ve published hundreds of flash fiction pieces, but now you have a book of poems and you’ve recently published a novella. Were these other forms always in the back of your mind—or have you surprised yourself with this exploration into other genres? Were these shifts difficult?

RB: I started writing the novella thirty-five years ago (give or take a few years). At the ripe old age of twenty-three, having decided and been told that I was not born to be a writer, I gave up and turned to other things. At the age of forty, with a brand spanking new MFA, the idea returned. Anxiety-wise, I could last about 1000 words before the uncertainty of finding the right word after right word overwhelmed me. Eventually, I started a novel in my therapist’s office, stopping to write down and discuss each thought that stopped my fingers in mid-type. After a long winter break, I returned to his office, dropped a folder on his desk, and said, “It’s done.” He cried. That novella soon followed. As to the poems, I always dreamed of being a poet like Robert Frost or Anne Sexton. Instead, I became a different one, one who write poems in prose.

CS: As you ventured into these new areas, what have you learned—about the forms you’re working with and about yourself? Has your style changed at all due to the things you’ve discovered along the way?

RB: Well, in novels and novellas, things have to happen. Sadly. In poetry, the opposite (for me) was true: I stripped them of narrative. Somewhere in the middle is flash fiction.

CS: You have a gift for capturing big pictures with little gestures—and for saying things with words unsaid. Can you explain how these structures come to you? Do you cast a wider net with your initial drafts then boil things down to their essence—or do the little things come to you first and do you then later realize what they’re trying to say to you?

RB: Thanks so much. Titles come to me first. I keep a list based on fragments from songs, overheard conversations, poems, British baking shows. Here’s a sample:

CS: In looking at the size and form of the pieces in I Might Never Learn, they appear little different than your flash fiction pieces. Having read a lot of your flash, I can feel a different vibe here, but I’m wondering if you can pinpoint what makes these, in your mind, fall into the realm of poetry more so than fiction?

RB: I adapted an exercise from Richard Hugo’s The Triggering Town. I began by choosing a text and borrowing some of its nouns, verbs, and adjectives—ten of each. And so I ended up with a list like this one:

I kind-of followed his advice.

Use five nouns, verbs, and adjectives from the above lists and write a poem as follows:

I ended up with something like this. (It makes more sense than Hugo suggests. I had just been diagnosed with sleep apnea, so it was on my mind.)

company. They attached themselves

follow-up. You were set-up for

A session player for this routine,

the set ordered for quick review:

A thousand times, sleep after sleep

of the muscles, your breath

All those gasps, waking me up,

And then I turned it into prose and edited. In its final version, it became “Apnea” from the chapbook:

The daylong fatigue can be explained—not a lack of spinach, an ear drop, an allergy to mold, a fear of clown cones, a willful refusal. The tiny machines arrange better breathing, complete with temperature control. Lungs welcome the unusual company, attaching themselves to this engineering. The results recommend further sessions. Your brain fires itself. This autonomy complicates sleep like incandescence. Sleep after sleep your brain lost its grounding. Your breath forgot its monotony. All those thousand secret gasps, all that drowning.

In making that turn to prose, I added a bit more information about the “character” (daylong fatigue and the explanations he’s come up for it). What makes it poetry? In John Dufresne’s FLASH!: Writing the Very Short Story, he has a prompt that throughout spurs the reader toward a deeper narrative; for example, Where are we? And when, what year? What season? What time of day? This central character must want something. What is that? Why does she want it? The motivation should be intense. There must be something at stake. Who or what is in conflict with the central character? In other words, what are the obstacles in the central character’s way? What will prevent her from getting what she wants? How will she struggle? Will she get what she wants? What are the moments of complication? Climax?

I didn’t ask those questions. Instead, I let sound and word association lead me from sentence to sentence: clown cones, control, complete, company. Words lean toward each other, slanted, like willful & refusal, results & sessions, itself & incandescence, monotony and drowning. Lines such as “Your brain fires itself” were chosen for their varied meanings. The brain fires itself both like a synapse and like a boss (quitting the job of controlling breathing). Daylong, sleep after sleep, thousand borrow something learned from Anne Sexton’s “Young” to create this hyperbolic sense of time.

And one cannot underestimate (only at one’s peril does one do so) the effects of Russian formalism upon this collection; namely, what Charles Baxter describes as follows: “a given sentence, far from following its predecessor or preparing the way for the sentence that follows, remains relatively autonomous, continuity being provided by word and sound repetition as well as by semantic transfer, in what the Russian Formalists called the ‘orientation toward the neighboring word.” For example, here’s a section from a piece in the collection:

The creek-side ranch tilts on its sunken stilts. Mom’s dyed voice, yellow like alarm clocks, cannot compel her Ford Falcon, clutched with desire, to turn over. No one is going out anymore.

There is “surprise” (I hope) created by having sentence after sentence so far removed from whatever any reader might’ve guessed the next sentence might be. The “tilts” and “stilts” of the 1st sentence returns again in the “t” sound of “clutched” and “to turn” in the 2nd sentence. I read the “formalism” idea as how meaning might change based on its neighboring word; for example, the “dyed” when matched with voice might take on an unexpected and unfamiliar meaning for the reader.

CS: You teach in the MFA program at Rosemont College outside Philadelphia, and your run a literary website and small press. Writer, teacher, editor, publisher—that pretty much covers it all. Can you take a moment and examine these roles and address their rewards (and challenges)?

RB: The overall reward is connecting to writing from various point-of-views both to assist other writers and to keep on learning. The challenge is not being stopped in one’s tracks by the tremendous talent I’ve found in the Rosemont College students and the thousands of submissions coming in to The Journal of Compresseed Creative Arts.

RB: Finish three more novellas, revise the completed novel, go to The Dead and Company at Wrigley Field with my son in June, keep on keeping on. 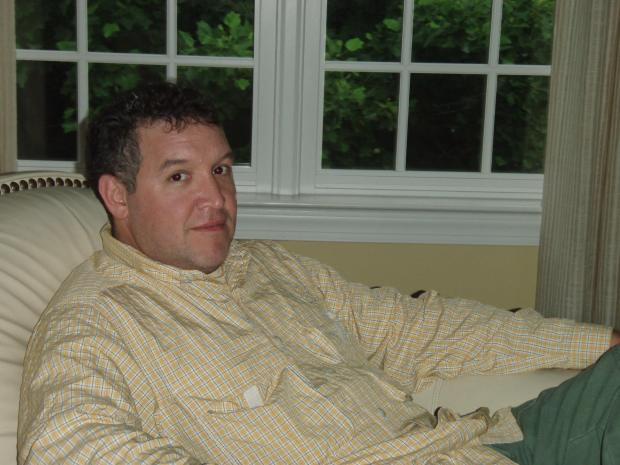