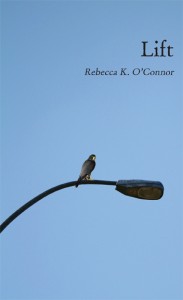 Rebecca K. O’Connor‘s memoir, Lift, offers a fascinating glimpse into the world of falconry, a form of hunting as storied as it is complex. Ostensibly telling the story of her efforts at training a peregrine falcon, O’Connor deftly uses her experience with the bird as a metaphor for overcoming–and, indeed, soaring above–all of the curve balls that life has thrown at her. Her mother, for example, left the family when the author was a young child, her father was always distant, and her unearned reputation for sexual promiscuity led eventually to work as a stripper. None of this, however, causes O’Connor to wallow in self-pity for even a moment. Rather, it serves as the backdrop against which she frames the rest of her life. Her history presents a challenge, but rising to that challenge, like rising to the challenge of gaining the trust of a wild animal, is what ultimately makes O’Connor’s life, not to mention her memoir, so satisfying.

In addition to allowing O’Connor to comment on her own life (and, by extension, the human condition in general), Lift offers the author an opportunity to shed light on the sport of falconry as well. Or perhaps a better phrase would be the art of falconry, for O’Connor’s efforts at bonding with her falcon amount to a curious mix of patience, experimentation, improvisation, and, most of all, patience; that she names her falcon Anakin after Darth Vader’s alter-ego is also a hint that the sport is as much about discipline as it is about the forces that bind the universe together.

While O’Connor’s examination of falconry frequently borders on the mystical, she also has the rare ability to immerse her reader in the romance of a subject without romanticizing it. For this reason, Lift amounts to a fascinating reading not only for anyone interested  in the sport but in stories well told and lives well lived.

Reviewer’s Note: Lift and Seducing the Spirits (by Louise Young) make a great paired reading! Birds (of one feather or another) are at the heart of both books, and both explore the  rugged terrain of the human heart in loving, compelling detail.

One might not expect a novel about an ornithologist whose job is to sit on a stool and keep an eye on an eagle’s nest for hours on end to be especially exciting. As it turns out, however, one would be wrong. In the first pages of Louise Young’s captivating debut novel, Seducing the Spirits, protagonist Jenny Dunfree finds herself unceremoniously kicked from the bed of her graduate supervisor and thrust into the wilds of Panama–a journey that includes but is not limited to a bumpy ride on a jeep (complete with howler monkeys screaming almost incessantly in the distance) and an even bumpier flight on an airplane piloted by a man with a gold star enameled to his front tooth. Yet as rough as Dunfree’s trip out to the jungle may be, her real journey–a complex one rife with spiritual, emotional, and social peril–has only begun.

In addition to learning that her job is to keep an eye on an eagle’s nest, Dunfree’s only other instructions are not to, in the words of her director, piss off any of the indigenous people who have allowed the ornithologist access to the nest. Needless to say, this is easier said than done. Though she’s fluent in Spanish, Dunfree doesn’t speak the language of the local Kuna people, and she can’t even begin to understand the intricacies of their culture. Adding to Dunfree’s woes is the fact that her apparently WASPish Midwest background renders her particularly unprepared for the relative lack of restraint with which the Kunas live. Indeed, one of the things that makes Seducing the Spirits such an engaging read is that the cultural difference between Dunfree and the Kunas creates a space of genuine give and take, a true sense of negotiation that is largely absent in the modern “civilized” world. For as much as it divides them, the cultural gap between Dunfree and the Kunas also presents an opportunity for learning and (especially for Dunfree) personal growth. Jarred from the relative comfort and certainty of life in civilization, Dunfree begins to discover her true self on the borderland that lies between the known world and the unknown.

Despite its terrestrial setting, Seducing the Spirits has all of the trappings of great science fiction: an “alien” culture, a protagonist who serves as our surrogate, and a firm understanding that we can learn a lot about ourselves by examining people who are, on the surface, so different from us. What’s more, the fact that the novel is set in the here and now only serves to underscore the amount of wonder that is still left in our world–a wonder that’s not only limited to the alien terrain of foreign lands and cultures, but which also exists in the relatively unexplored depths of the human heart. Exploring both alien worlds simultaneously and expertly, Louise Young has produced a novel that is bound to enchant.

Thanks once again to my good friend Tom Powers for this week’s review! 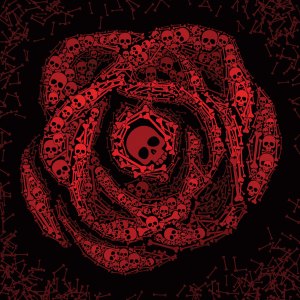 Author Anthony Beal’s Funereal Diseases of the Mind – Fifteen Tales of Dark Erotica (Hexed Flesh Books 2009), in short, opened my eyes to the provocative and lyrical language that can be found in the genre of horror erotica.  I confess that I am neither a fan of horror in any genre, mainly because I prefer sci-fi/fantasy (and I am squeamish), nor am I particularly fond of erotica in general, perhaps myopically viewing it as lust-filled writing that lacks strong characterization or interesting plotting.  The combination of these two genre approaches, however, in Beal’s collection of short tales, actually works to a successful degree, making me reconsider my former assumptions.

In Beal’s tales, he also offers a cross-genre sampling of science fiction, fantasy, horror, and even romance.  You will read about sexual devotees of a death goddess, a twisted love triangle, a brilliant alien sculptor, an ultimate-fan-detesting horror author, a jealous Egyptian god, an apparently living photograph of a beautiful, jealous woman, and a prescience-granting Gorgon lover – amongst a plethora of colorful characters and situations.  As for the writing itself, its eclectic influences can definitely be traced to such masters of the short and longer form as Poe, O’ Henry, Lovecraft, and Rice.

For those of you potential readers who may fear that Beal is simply offering misogynistic fiction to the masses due to the fact of his gender, I can honestly say that he has taken an egalitarian approach in that both the men and women within his tales may equally be placed into the roles of master or servant, or torturer or victim, depending on the story.  As a reader, the game you will then play is to determine who represents the cat or mouse respectively in Beal’s unpredictable narratives!

And yes, Beal’s language can be strong at times, and the sex and violence in his writing may be off-putting to readers who are new to the genre of horror erotica.  To elaborate, in Beal’s fifteen tales, sometimes he presents the body and sexual situations in a lascivious fashion, other times in a manner that is sheer poetry.  But this is dark erotica Beal is writing after all, so we must expect a fair quotient of love, lust and body horror in the stories.  Once more, if you are like me, a reader who definitely needs new narrative forms to challenge his literary expectations, then Funereal Diseases of the Mind – Fifteen Tales of Dark Erotica is the right text to stir you out of your intellectual lethargy.